#1 in Customer Service after the sale!

M&S Gathering by the Creek Black by Janet Long Nakamarra 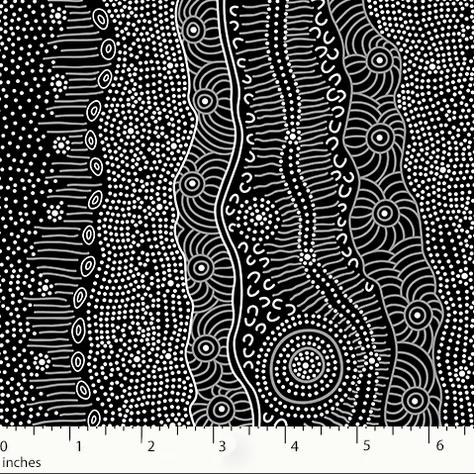 For the Aboriginal People of Australia, their country is more than a place to live. Every mountain, river, waterhole, tree, animal etc. are part of their dreaming. Per the Aboriginal dreaming, it is believed that all these things were created by their ancestors, who live in the five elements of nature viz. air, land, water, sky, and fire. Different countries have different languages so are the traditions and rituals.Aboriginal people strictly follow an unwritten law of caring for the land, animal, bush etc. of their country, to pass them on to newer generations. Often, a place with rock art, waterhole, and wild bush; is referred as a Creek where the Aboriginal women gather to either find food, fetch water or perform a ceremony or a ritual. The artists engrave their dreamings on mountains and/or rocks as a message to future generations and also to embark their skill.Janet Long Nakamarra comes from Utopia region of Central Australia. She belongs to the Nakamarra family and speaks Anmatyerre language. Her dreamings mainly involve Fire Dreaming, Underground Water, Sandy Creek etc

Repair and Maintenance Service
on most makes and models of
sewing & embroidery machines.

Basic Service starts at $75
FIRST STITCHES PRIVACY NOTICE
"Do not be overcome by evil, but overcome evil with good." – Romans 12:21